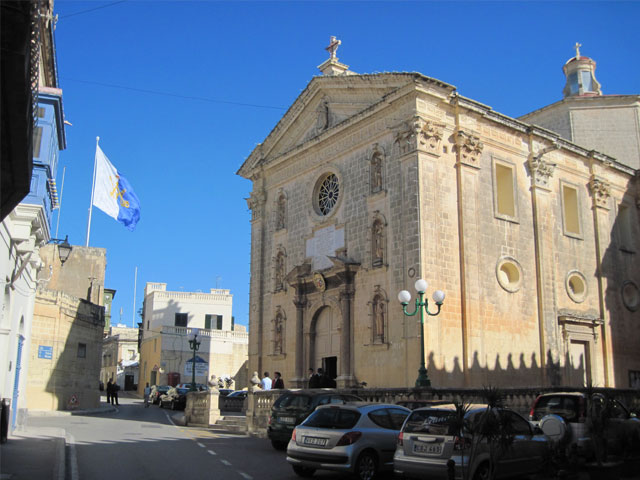 Attard used to be the smallest of the Three Villages - the cluster of Attard, Lija and Balzan at the centre of the island - but has grown to become the largest of them to almost a bustling town, while still retaining much of its allure.
Attard's motto Florigera Rosis Halo, meaning, 'I perfume the air with my blossoms,' is due to the fact that Attard is traditionally famous for its citrus orchards and gardens, most of which are found nowadays in private mansions.There are several imposing residences to visit in Attard, a centre not only geographically, since many important figures that have taken residence here throughout the ages, from Grandmasters and governors to various ambassadors of different countries. You can stay in one of Malta's finest hotels, the Corinthia Palace Hotel, just a stone's throw away from the Residence of the President of Malta. This 17th Century building is located within San Anton Gardens which is probably the best known of the island's public gardens.Within San Anton Gardens is also the perfect opportunity to discover the roots of the Maltese people through hand-made models depicting our traditional trades and lifestyle. San Anton Gardens is also the venue of the annual Shakespeare Festival. Find also the old railway station near San Anton... there are also two more at Gnien l-Istazzjon, and in Tas-Salvatur.However, the most commanding monument in Attard is probably the seventeenth century Wignacourt Aqueduct, which was originally 15, 635m long and ran from the higher grounds near Mdina to Valletta to supply water. Remains of it are found at intervals, including Peter Paul Rubens Street.Several archaeological remains, some dating up to 3,000 years BC, are an indication of Attard's early occupation up to the present day. Some of the oldest buildings still present in Attard were chapels. The early 17th Century Parish is dedicated to Maria Assunta.Although Attard is now mostly residential, much of the occupational activity here had consisted of farming different crops and keeping animals. Interestingly, although not a market town in olden times, the greatest vegetable market on the island known as il-Pitkalija is to be found here on the edge of Ta' Qali.Ta'Qali is well-known for its national park, amphitheatre, and sports centre. Here you will also find an Aviation Museum and if you are an enthusiast, this is the place to watch model planes being flown. Quite on a different note, you can visit the Dinosaur museum or have a look at the Meridiana vineyard.You absolutely must visit the Ta' Qali Crafts Village which resides in the wartime hangars, barracks and nissen huts in the area. Wander around the various crafts shops, which double up as work-shops, and enjoy an insight to the manufacturing of anything from silver filigree to ceramics to decorative blown glass... this is the perfect place to pick up souvenirs to take home.