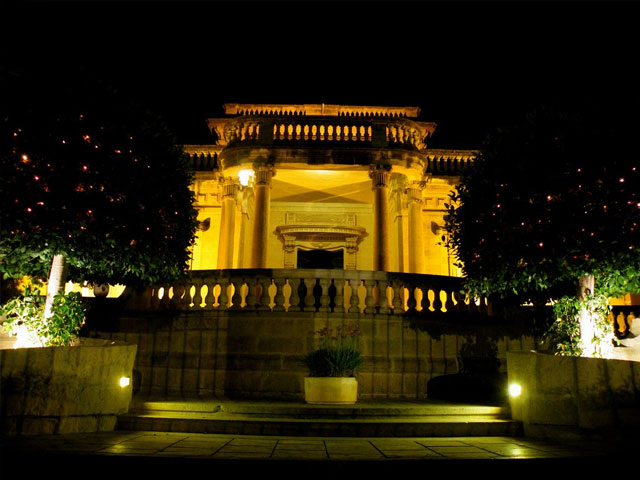 Balzan, located in the centre of Malta, is one of the Three Villages, the other two being Attard and Lija. They are known as such because of their similar age, design and the fact that they merge into each other.
Wander into the older area of Balzan and you will be charmed by the character of the historical buildings where important personalities lived in the past. Look out for the niches which provide shelter for this or that saint in their corners.Visit Palazzo Antonio in Providence Street, which was the residence of many elite members of Maltese society in the past. Casa Borg, in Pope Pius Alexander Street, was the home of Mons. G. Maioli. In Three Churches street you will find the mansion of Vincenzo Bosio, commendator for the Order of the Knights St.John. See also Villa Macedonia, Palazzo Olivier and the Wignacourt Cross.Many of the traditional town houses of Balzan still have back gardens full of lemon, orange and tangerine trees. In fact Balzan is well-known for its beautiful gardens and orchards of citrus fruits, such that the motto of this picturesque village was Hortibus Undique Septa, meaning 'surrounded by gardens.' Try the citrus flavoured honey that comes from the hives in the area. The story of Balzan is rather idyllic and peaceful, and indeed several refugees from Valletta and Cottonera sought refuge here during the second world war. Even the Supreme Courts, which were hit in an air-raid attack, were transferred from Valletta to Balzan.Although Balzan knows its origins to the early 1400s it was in the mid-1600s that it became a separate parish from Birkirkara. The Parish Church, which is in the shape of a Latin Cross, is dedicated to Our Lady of Annunciation. You will find many beautiful religious works by famous painters and sculptors, some dating centuries. As with most Maltese villages, village life revolved around the Christian culture and there is much testimony of this in Balzan.